Billie Eilish is one of the biggest names in the music biz right now and is currently living it up on a tour across Australia.

The ‘Bad Guy’ singer has gained TONS of fans here Down Under with her various concerts selling out in mere seconds.

guess i got caught in the middle of it

But it turns out that one fan in Sydney might have just taken things a bit too far.

Taking to her Instagram account, Billie spoke out about an alleged groping incident from a fan at her Sydney show on Tuesday night.

Writing about the moment on her Instagram story, the American singer claimed that a fan had touched her inappropriately during a meet-and-greet.

“Please don’t grab my boobs in theme & greet,” she wrote.

“Keep playing the sh*t cool but it is very much not.” (sic) 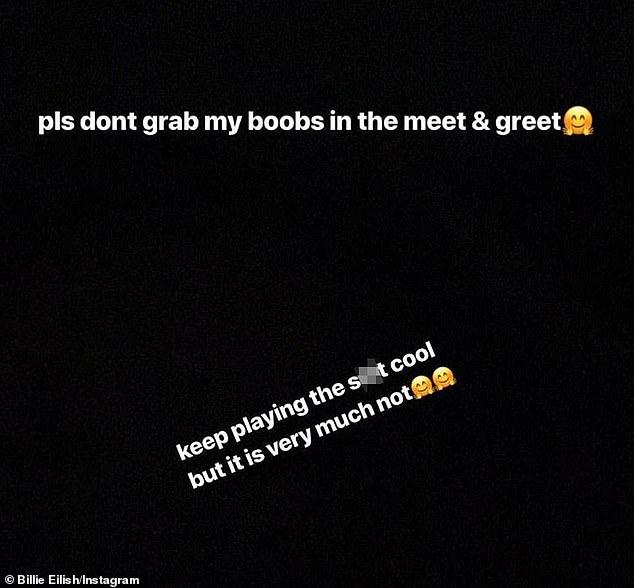 Billie seemed to confirm that the incident had been an accident from a “very very sweet” fan but mentioned that this sort of thing made her feel uncomfortable. And fair enough!

“But if that sh*t was FR I’m gonnnneeeeeee.” 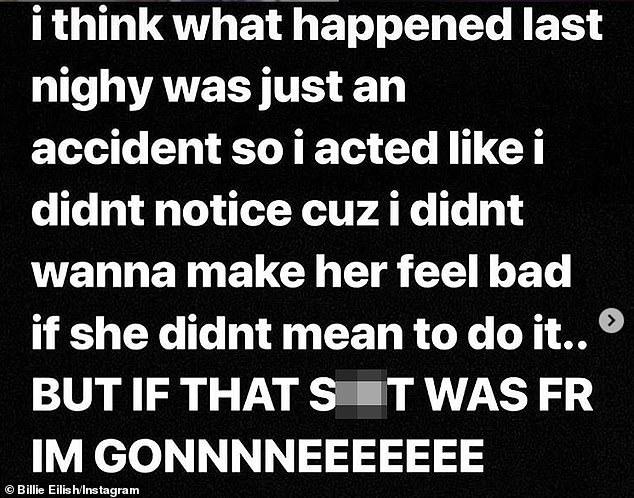 “Please don’t harass the girl,” she continued. “It was just an accident and not that big a deal. She was very very sweet.

“I was just saying in general about certain things that I don’t feel comfortable with.” 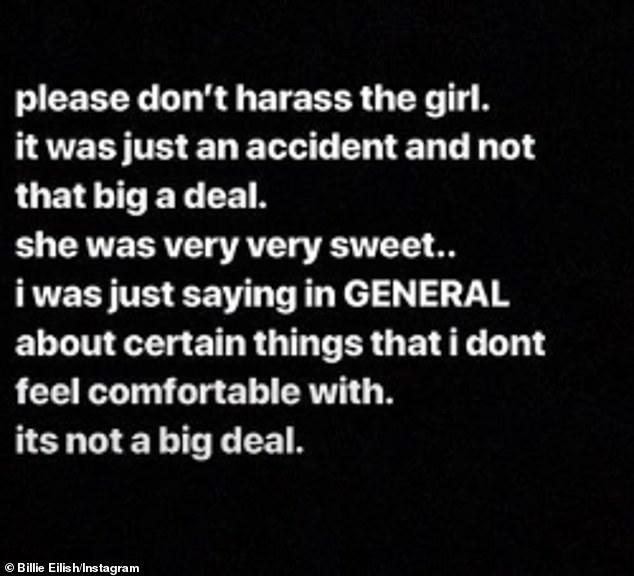 We hope that this was the case and it was just an accident because this type of thing happens far too often and is just not okay.