Getting home at a ridiculous hour is all fun and games until someone gets the shits for waking them up.

A guy in the U.K. had an argument with his GF when he was out because he necked too many beers on a night out.

When he got home he realised he had forgotten his keys and didn’t wanna annoy her even more.

So he opted to sleep on the trampoline. 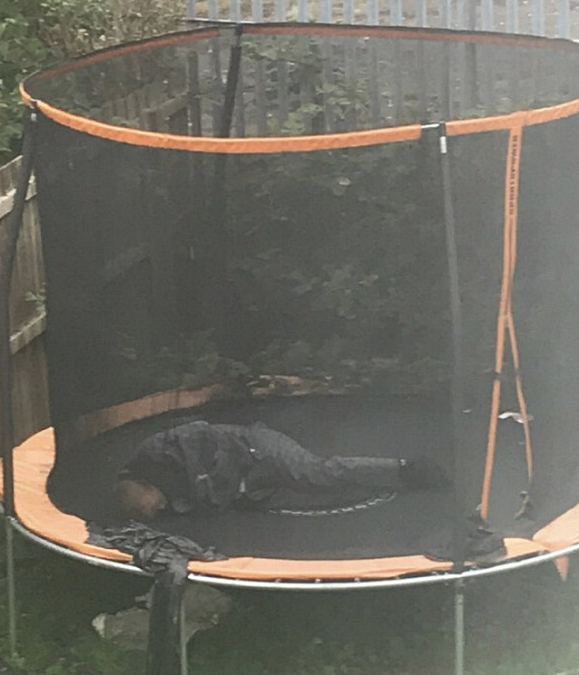 His GF woke up and freaked out because she was worried about him.

It wasn’t until she looked outside the window that she realised.

She walked out to the garden and said, ‘Get up you f*cking idiot.’