A US woman who mysteriously disappeared a week ago has been rescued from the bottom of a California coastal cliff where she survived by drinking water from the radiator of her wrecked SUV.

Angela Hernandez, 23, from Portland Oregon was found by a pair of hikers on Friday evening after they saw her wrecked Jeep Patriot SUV partially submerged at the bottom of a 60 metre cliff in the Big Sur area, Monterey County Sheriff’s Office spokesman John Thornburg said.

Her disappearance captured widespread attention after she and her vehicle were last seen on a surveillance camera video at a petrol station on July 6, about 80km north of the stretch of Highway 1 where she was found. 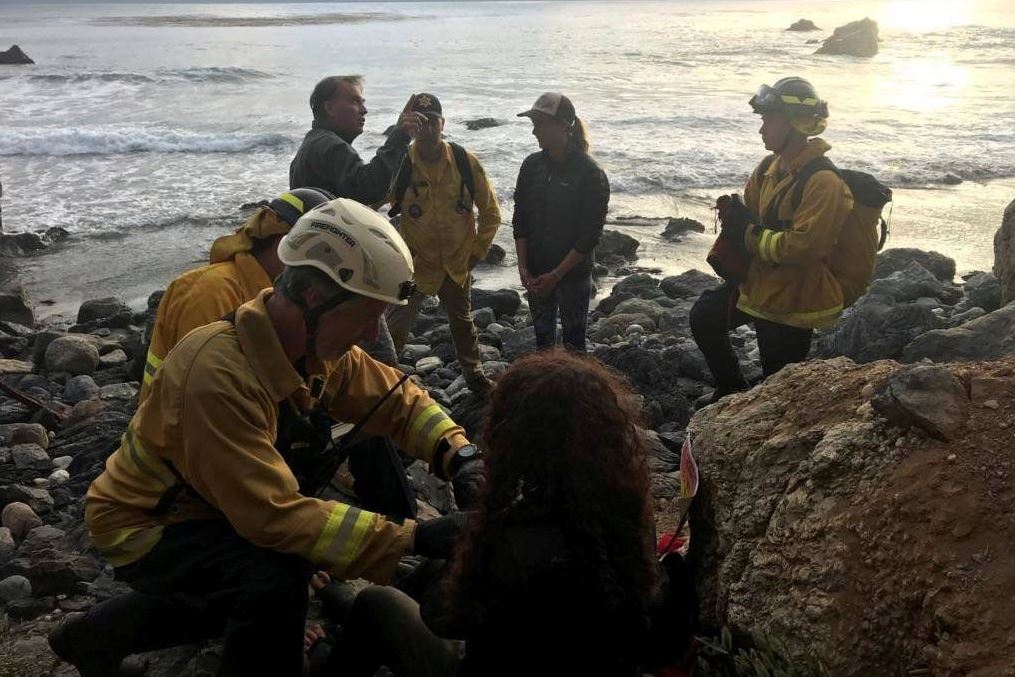 The hikers discovered Hernandez conscious, breathing and with a shoulder injury, Thornburg said.

Rescuers managed to get her up the cliff and to a helicopter which flew her to a nearby hospital. She was in fair and stable condition but appeared to have suffered a concussion, the California Highway Patrol said in a statement on Saturday .

Hernandez told investigators she swerved to avoid hitting an animal on Highway 1 on July 6 and plunged over the cliff north of Nacimiento Fergusson Road.

She stayed alive “by drinking water from the radiator of her vehicle,” according to the Highway Patrol.

Hernandez was on a road trip from her home in Portland to visit her sister Isabel in Lancaster, Los Angeles County, when she crashed.