It’s no secret that Kylie Jenner has had some work done in the past, namely to her lips. I mean, you can’t really keep it a secret when you live in the spotlight and you make a change to your features as drastic as this one was.

The youngest Jenner sister confessed to having cosmetically enhanced her lips in 2015 on an episode of Keeping Up With The Kardashians saying that she had already felt insecure about her natural look.

But now it seems that Kylie has decided to go back to her roots and add a bit more natural pout to her look, after revealing to her Instagram followers that she no longer uses lip fillers.

Kylie shocked fans with a post to her social media account on Sunday with her BFF Stassie Karanikolaou that appeared to show a much more natural look than usual. Dressed in a black bodycon dress, Jenner could be seen with minimal makeup and without her hair extensions.

It’s not often that a fan will get a response on Instagram from someone as high-profile as Kylie, but it turns out that she really wanted her followers to know why she looked so much like her old self.

“I got rid of all my filler,” wrote Kylie paired with several wide-eyed and smiley face emojis. 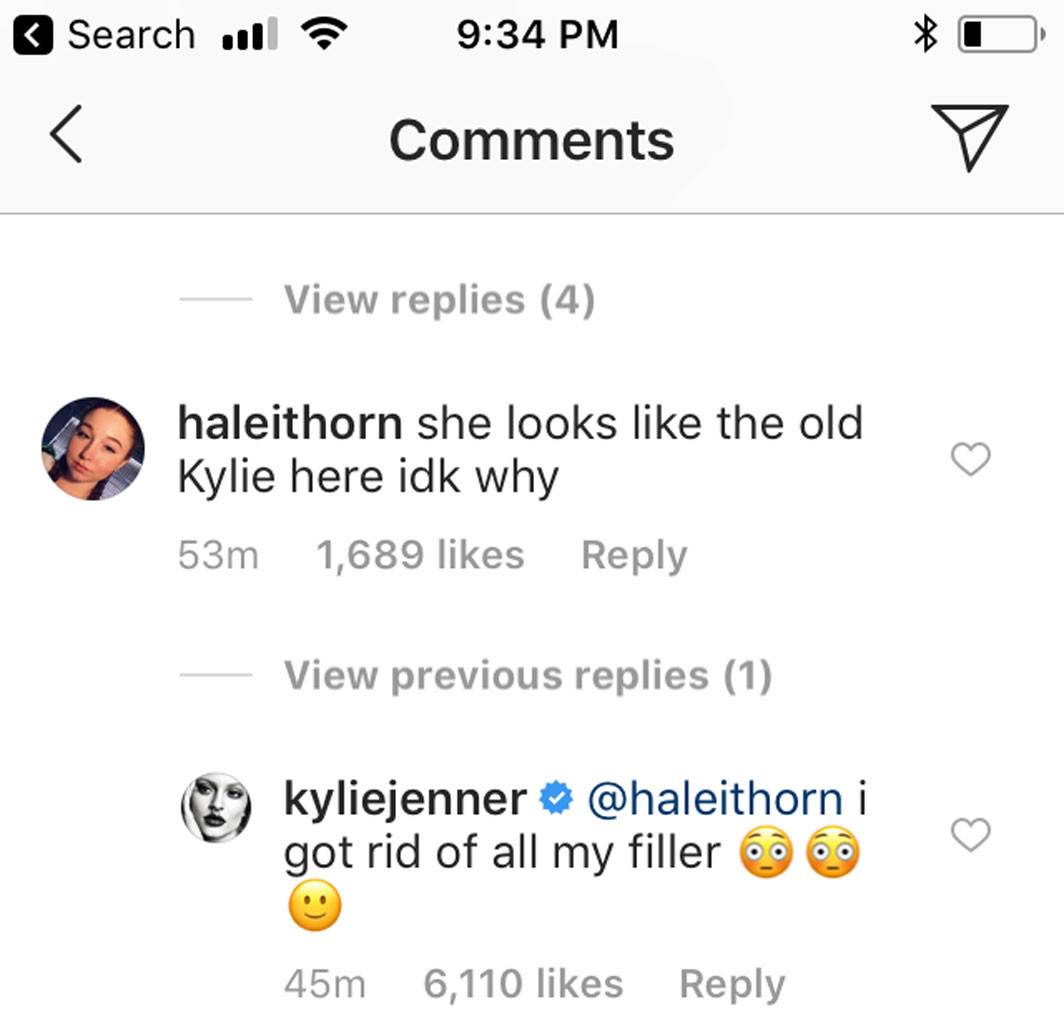 And it turns out that her fans are seriously here for the all-natural version of Kylie. The post in question has received over 15,000 comments, most of which were positive and commended the makeup mogul on the change.

“OG Kylie is back! You look BOMB,” wrote one user. “So Natural, So stunning,” added another.

This comes just a day after Kylie revealed that her daughter Stormi Webster had not inherited her natural lips in a fan Q&A video.

“Stormi reminds me, she’s my twin. Now she’s like, looking a lot more like her dad,” she said. “The one thing I was insecure about, she has – she has the most perfect lips in the whole entire world. She didn’t get those from me.”

Perhaps motherhood has inspired Ky to be a bit more accepting of her natural looks? Whatever it was that convinced her to go down this route, we’re totally obsessed with how damn good she looks!