Strap in because this is the dumbest ‘feud’ you’ll hear about today.

And it’s truly all because of Stacey Hampton being an actual crazy person.

Hampton has publicly called out ex-husband, Michael Goonan and his girlfriend and fellow MAFS star, KC Osborne for a TikTok they made which had….a nerf gun.

The nerf gun in question…apparently belongs to Hampton’s son and was left there prior to their split in January.

She went on a rant in a now-deleted insta story attacking KC about the weirdest stuff.

But then she goes on to say that KC was ALSO copying her by staying in Crown Towers, Melbourne which is HER preferred hotel!

KC, a classy queen, uploaded a story clapping back at everything!

“‘Stop thinking everything is about you, because it’s not. I wished you well, I’ve never come out and said anything nasty about you. If you could just leave me alone, that’d be really good”

KC thought the nerf gun belonged to Goonan’s son and KC uploaded a photo of her wearing the boots over 2 years ago!

“Honey, you don’t own Stuart Weitzman”.

You won’t BELIEVE Stacey’s reply but KC uploaded it exposing the F*** out of her. 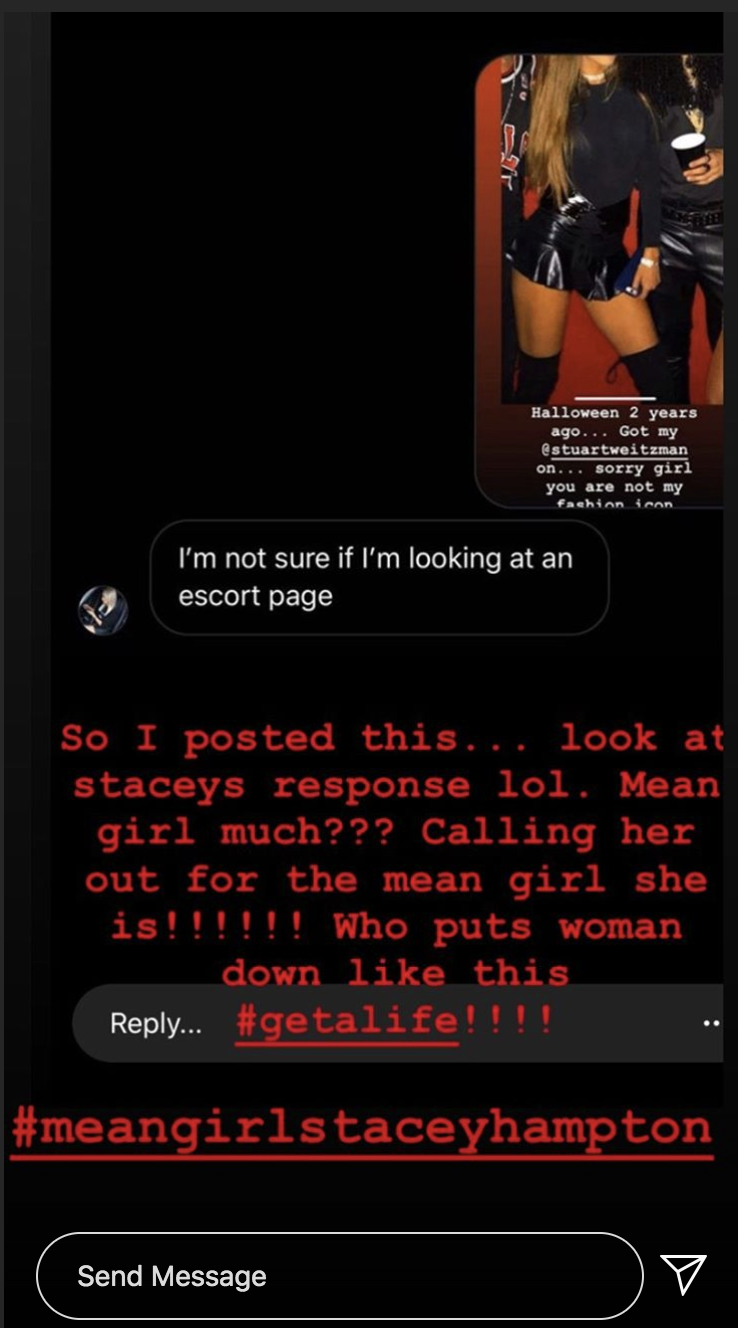 ‘Mean girl much? Calling her out for the mean girl she is! Who puts women down like this?’ KC responded.

THEN STACEY RESPONDED trying to say that KC shouldn’t be preaching not putting down women then using that hashtag which is just? -This is going to go on forever and let’s be honest, do any of us care?

This whole thing is dumb, Stacey is a mean girl, KC is thriving in the drama and Michael is returning the nerf gun but he clarified, he AIN’T paying for express!!