Despite seeming very loved up, it now looks like Married at First Sight’s Susie Bradley and NRL player Todd Carney have called it quits on their romance!

The pair have unfollowed each other over the weekend and deleted the many pictures of each other from their Instagram pages, prompting fans to believe that they have split after eight months of dating.

Susie has also been posting some pretty cryptic messages on her socials since then, which appear to hint at a break up.

On her Instagram story, Susie posted a selfie writing, “I feel like I’ve been punched in f*cking face” followed by an image of the text, “this too shall pass”. 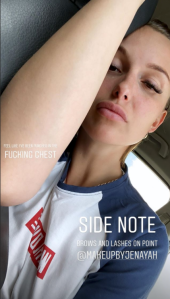 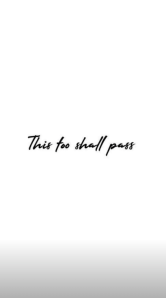 The Daily Mail also reports that she posted a message that read, “Letting go doesn’t mean giving up, but rather accepting that there are things that cannot be”, but this has since expired from her story.

According to the publication, she also shared video of her and her friends drinking wine along with the quote, “wine won’t wake up one day and leave you”.

This comes just two months after Todd Carney joined the Kyle and Jackie O Show and confessed that he was actually in love with Susie.

“This is love?” Kyle asked Todd at the time.

“Yeah! I asked her on Valentine’s Day if she would be my girlfriend,” Todd revealed. “That’s when we started dating I guess.”

But since February, it looks like things have fallen apart! Although we’re not certain what may have caused the split at this stage, it certainly looks like a messy one!