A chick has come up with a strict approach to her relationship and it’s a perfect mix of sad and hilarious. 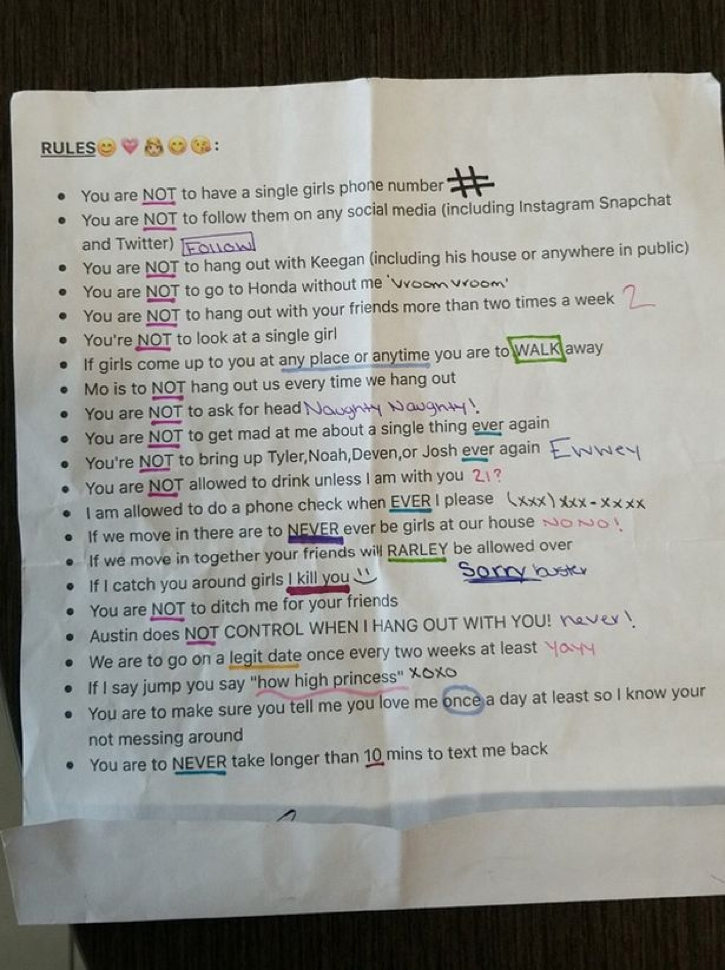 The list has been shared on Twitter after a guy found it in a second-hand car that he’d just bought.