Killing Eve is a breath of fresh air on our screens.

And now they’re fast tracking their release and coming out 3 weeks earlier than originally thought!

So prepare yourself for the 12th of April for the premiere in the US with 7 more episodes after that!

Hopefully that will reflect on Aussie screens too. 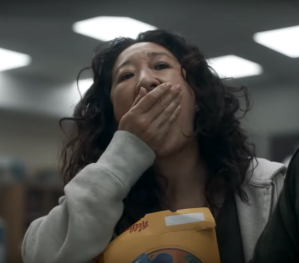 The new season sees Eve and Villanelle trying to move on from the insanity of season 2 (no spoilers).

Villanelle thinks Eve is dead and Eve reckons Villanelle will never ever find her again.

But of course, hijinks ensue!

Check out the trailer below, it looks like a bloody good time.

GET OUT! Someone Found 80 Minutes Of Previously Unseen Seinfeld Bloopers At A Flea Market

Production Of The Bachelor Australia Suspended Amid Coronavirus Outbreak