The once bustling Parramatta Road has for some time now been in steep decline, and questions are still being asked about how to try and invigorate the area to it’s former glory.

The major part of the road – which cleaves the city north to south, runs 23 kilometres from Broadway to Parramatta – is really struggling in Sydney’s inner west.

From Camperdown to Leichhardt, there are a number of high end business including luxury car dealers and more than 20 bridal stores, however the area is dotted with empty shop fronts and numerous massage parlours.

While there have been numerous plans to try and revive the strip, nothing has yet come to fruition.

There are more than 360 shopfronts on the 1.5-kilometre strip between Pyrmont Bridge Road and Norton Street, however more than 30 per cent are either closed, open only infrequently or are simply building sites.

Around Young Street in Annandale, two-thirds of 27 shopfronts are closed on the north side of Parramatta Road and one-third on the south side. 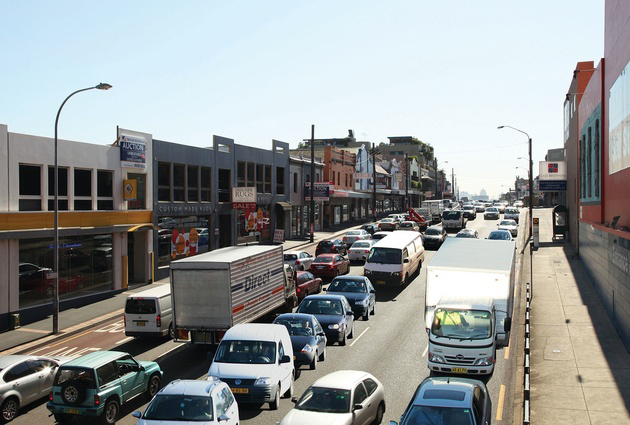 While the area is full of expensive homes and just a stones throw from the Sydney CBD, this strip has fallen into disrepair.

The Greater Sydney Commission has also launched an urban transformation plan renew eight “precincts” along the corridor with their own distinctive characters within the next 30 years.

Inner West Council mayor Darcy Byrne claims improved public transport would help revitalise Parramatta Road and wants the state government to revisit its proposal for trackfree electric trams running down it from Strathfield to the CBD.

“Having a really good modern public transport system down the middle lane of Parramatta Road and opening up the sides to kerbside parking again, in conjunction with other measures, could be the sort of thing that would revitalise the place,” Byrne says.

He thinks that shops will be more viable from tapping a larger local population, which in turn will make the road “more people friendly” and less dominated by traffic.