A great-grandmother says she’s drunk nothing but Pepsi for the last 60 years – and wouldn’t drink water even if she were dying. 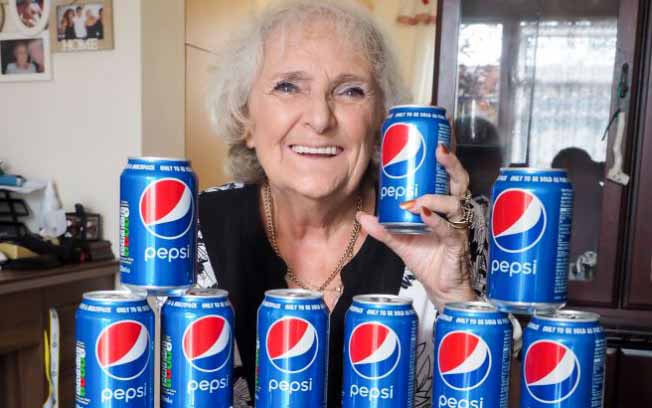 But don’t call it an addiction.

“It’s just something I like, and I can’t help it if I don’t like anything else,” she said before insisting that her health has not suffered from the sheer onslaught of sugar.

“They say Pepsi is bad for your teeth, but I am a war time baby and there’s not many of us without rotten teeth, so I wouldn’t know,” she said.

“We didn’t have much toothpaste during the war because it was rationed. I wouldn’t go to the dentist when I was a kid either. I was too scared.

“I don’t think Pepsi has affected my health either. I have always been really, really slim until about five years ago but I think that’s because I don’t do much now. I am not as active as I was.

“Right up until I was 60, I was still doing line dancing and I was pretty fit, but I can’t get out to do that now.” 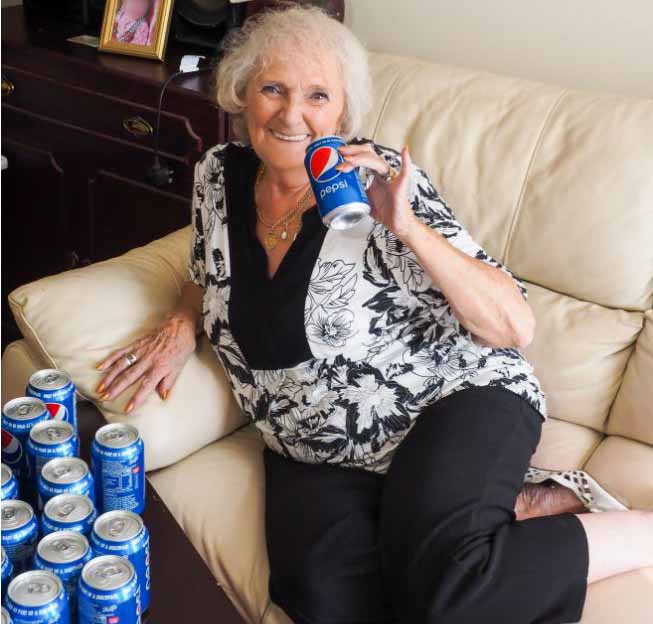 Jackie says she has always been fussy about what she drank and that the smell of tea or coffee make her feel sick.

“It’s like when someone says they want to drink a lovely cup of tea first thing in the morning, I drink up a lovely can of Pepsi.”

“I have never drunk water – and even if I was dying [of thirst] no way would I.”

“To be honest, I don’t know how I have lived so long.”

Cut Your Calories In Half With One Easy Hack

Taco Bell Is Coming, Good Luck With Your Summer Bod

HJ's Just Stepped Into Uncharted Territory With This Burger

Get A Dozen Krispy Kremes For $1 Today!