A rampaging goat named Peter has left a path of destruction through a suburban street in western Sydney.

Police were called to Guildford Road in Guildford on Sunday morning (13th October) after reports a shop front had been smashed in. Once they arrived on the scene, they discovered a goat running amok in front of businesses.

The goat was eventually captured by officers, and the RSPCA was called. 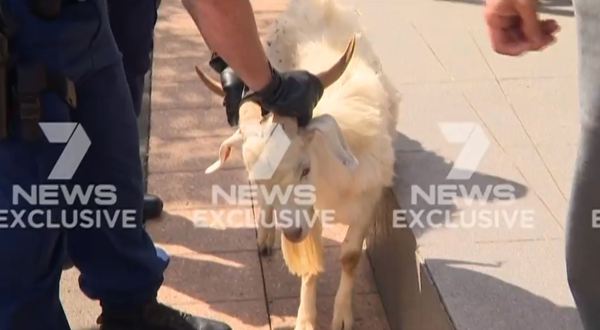 Shortly later, a man arrived claiming the goat was his and had escaped from his backyard.

The man took him by the horns and packed him into the back of his car to take Peter back home.

No charges have been laid.

The Baby Koala Taking The World By Storm